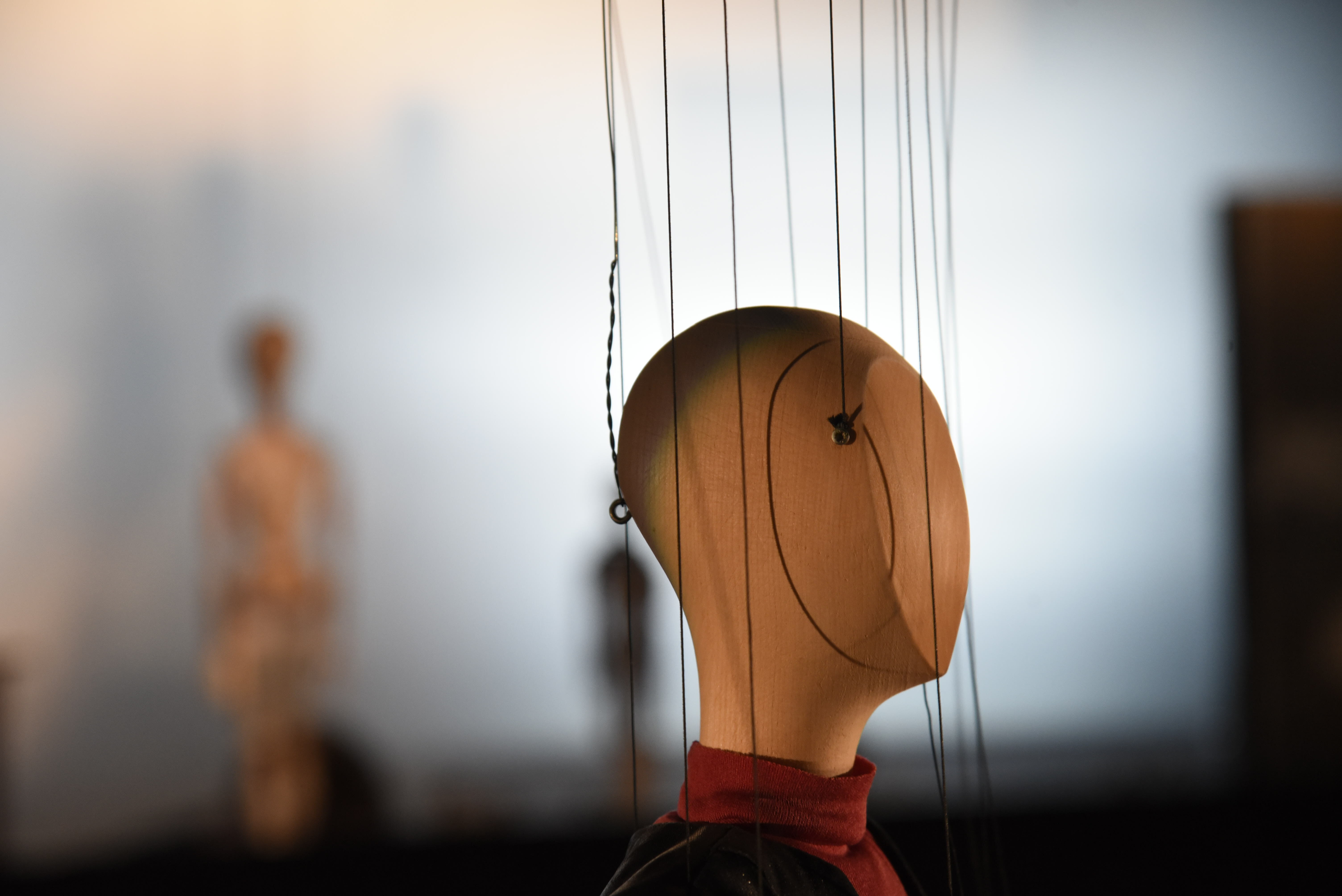 "Once upon a time in the distant future..."

Leonore knows what love is – she loves Florestan. With the strength of this love she has to fight against evil and all manner of adversity, until she is almost crushed by the boundless power of fear, to the point where she overcomes the fear of death. Only then are freedom and love achieved – far more even than domestic bliss, a power greater than ourselves and still in the realms of our fantasy, transforms all death into life. If I want to tell what I hear in the text and music of Fidelio, with its "little people" and their "superiors", with the courageous actions of the heroine and a happy ending that shines far beyond what is not yet possible, then for me that's like in any good fairy-tale.

"All Fidelio productions remain somehow unsatisfying, stuck somewhere between banal and abstract, between contrived and abusive. And the excuse is always the allegedly weak libretto."

Undaunted, Leonore throws herself between death and her husband. It is her ability to surmount fear that brings about the happy ending. A fairy-tale is always a story of hope.

Or else: Leonore refuses to allow evil to rule her life – indeed, all life – so she has to overcome justifiable fear to confront evil face to face. This clears the way for the liberation of all concerned and the utter defeat of evil.

The down-to-earth story with simple everyday characters makes Beethoven's music not only glorious, powerful and emotional, but it forces the protagonists into a variety of levels, and the action into a demand for our future. Without the libretto, which places the figures in everyday life, the music would run the risk of being l'art pour l'art; conversely, the figures without the music would degenerate into kitsch. Without the text, the hope expressed in the music would be merely a noble request linked to the simple figures, but hope for a better tomorrow. Judging by the figures alone, the music evokes something sorely missed.

Fidelio, a fairy-tale told from the boundless longing to bring Beethoven's "brotherly love" into our own world. It attempts to capture a humane utopia that loomed so large on the horizon but has long since dwindled away. The characters in Fidelio are down-to-earth figures, as in a fairy-tale but, as in a fairy-tale, also much more. Reading aloud or narrating the story, this "more" is no problem. The audience's imagination brings the figures alive – according to individual notions, experiences, dreams.

When the roles are played by real people in film or theatre, this may lend reality to the spectators' imagination, but this very reality makes any development into a hoped-for magical future implausible, and the effect is generally ridiculous.

This limitation does not apply to marionettes. Initially, they are simply a piece of wood, and only the spectators' imagination brings them to life. They can fly with ease, their gravitational force is in the heavens. At the other end, no-one can die so beautifully – dead wood, no longer animated, is simply dead.

This is perhaps how to tell the story of a prison and its inhabitants, prisoners and guards – the latter probably a lousy job, possibly pensionable, where they may try to shape a life in service, or servitude, by saving a little money and maintaining a touch of humour and the desire for a bit of home life. Into this world behind bars, where even the trees are barred, comes a woman ready to fight for love. Whoever comes into contact with her feels their heart reawakening.

A great fairy-tale, despite – or rather against – the failure of the French Revolution, despite Napoleon's delusions of grandeur, despite all the evil in the world, and against the ebbing of all hope – the basis of our life. The heroine must go on, must venture down into deepest darkness, must pass through extreme fear to the point of no return, where life and death rub shoulders. Only then can there be redemption. Then there is gratitude and celebration and life is one great festivity. And they all live happily ever after ...